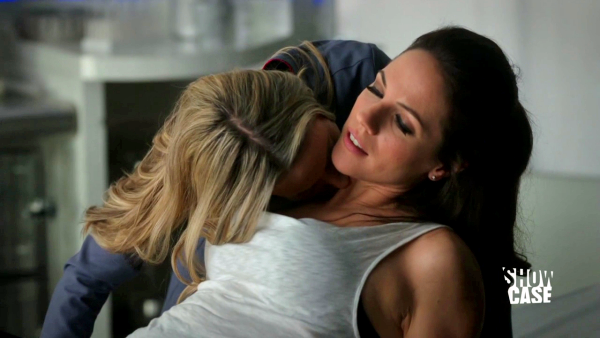 Lauren wears a necklace and medallion as the mark that she is owned by The Ash. Despite being human, Lauren’s position earns her the respect of the Light Fae. A scientist with specialization in genetics and cryptozoology, she has extensive knowledge of the different species of Fae and their abilities, and finds the sphere of human medical science mundane by comparison. She was seduced by Boduring their first meeting and thereafter fell in love with her.

In the first season, she helped Bo learn how to control her chi and sexual energy feeding.

It was revealed in Fae Gone Wild that Lauren’s first encounter with the Fae occurred in the Congo (Africa) while she was performing humanitarian work and witnessed the results of a deadly virus. The epidemic, which only afflicted Fae, brought Lauren into contact with The Ash. When Lauren’s medical and clinical research skills were successful in combating the disease, he revealed to her the existence of his secret world – but not before her girlfriend, Nadia, who had accompanied her, was mysteriously infected and fell into a coma. Lauren pledged herself to The Ash in return for access to the Light Fae’s facility and scientific resources to find a cure for her condition.